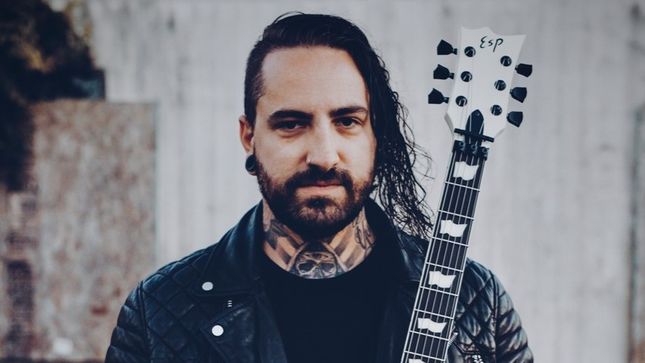 “‘Light Bearer’ takes you on a non-stop, in-your-face guitar assault with intricate and technical rhythm guitar playing, infused with some infectious leads and surrounded by clever harmonic chaos,” Keller says.

A video for “Light Bearer” was filmed with JAZEL of Black Card Films at KDS One Studios in Orlando, FL, and is also available.

After the successful release of his debut solo single “Reign In Fire,” in March of this year, Keller once again teamed up with producer/mixer/drummer Ben Johnson (New Dilemma, Miss Fortune) to write and record the song at Reverse 13 Studios in Orlando, FL. The track was mastered by Machine (Lamb Of God, Clutch, Fall Out Boy) at The Machine Shop.

Keller has been making his way up the music scene with his unique style of guitar playing since 2009. He is considered one of the top guitar players in Florida and the south east. Inspired by guitarists such as Eddie Van Halen, Jimi Hendrix and Dimebag Darrell, Keller combines both untamed speed and euphonic rhythm into his technique to create a truly individual sound.