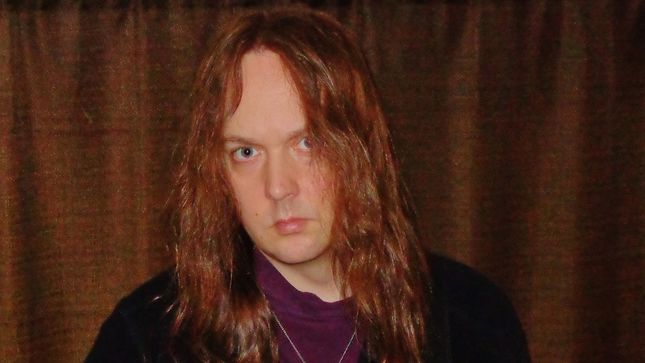 Guitarist Toby Knapp recently revealed on his personal Facebook page that it was time to do something outside of the heavy metal genre.

The guitarist states: "The last few years in particular have been heavy explorations into traditional heavy metal, black metal and neo-classical inspired instrumental metal. I pushed my solo work, my black metal work as Waxen and my power metal work in Necrytis to the points where I can't see follow ups to any of it without rehashing myself".

"I really started thinking 'what's the point?' the guitarist continues:

"Where do I go from there? Play faster, get darker, put more power in power metal? As a middle aged man I only want to play something if it is new, exciting and a challenge".

With no performing band in place and no desire to repeat the past, the guitarist found inspiration in the music that he started with.

Knapp continues: "I'm not a ‘blues man’ but of course that is where everything started for me. As a child, I took over my parent’s record collection and it was all about Jimmy Page, Jeff Beck, Eric Clapton, Leslie West, Robin Trower, Johnny Winter and I was keen about blues. I didn't want to do it because the local scene was saturated with Stevie Ray Vaughn clones so I went in the opposite direction which landed me a deal on Shrapnel Records at nineteen years old, playing technical thrash metal.”

With his inspiration recently reignited by returning to a steady diet of Van Morrison records he purchased as a 12 year old, the decision was made:

"I asked the record company, who specialize in really dark stuff- the blackest of black metal, ‘can I do a heavy blues album?’ I sent them a link to an early Johnny Winter performance as reference to where I wanted to go and they said ‘do it, reinvent yourself, explore, we are behind it’. So here I am with a Telecaster and a slide and working on new music. I didn't think I had any more music in me, but I do.”

Knapp has begun the writing and recording process of his first foray into the blues world, with a strong "live" lineup in place, should he decide to tour.

Knapp states: "Maybe it is the thought that I will never perform live again because of what it going on in the world right now that lit a fire for me. If given the chance, I want to get out there and do it and present my listeners with a completely different musical angle than they are used to hearing from me".

"I still love heavy metal and will return to it someday for certain," Knapp concludes.