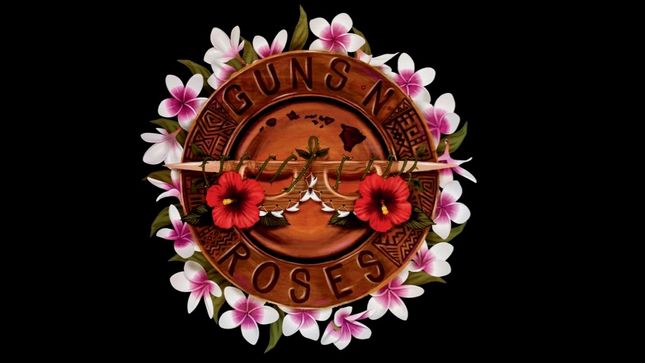 Guns N’ Roses and the Not In This Lifetime Tour have announced that a portion of the proceeds from their highly anticipated Honolulu show will be donated to the Andy Irons Foundation(AIF). The charitable organization was created in honor of the late surfing legend by his widow Lyndie Irons to raise awareness and institute programs for young people pertaining to mental health, drug recovery, and learning disabilities. A portion of proceeds from every ticket sold to the band’s December 8th show at Honolulu’s Aloha Stadium will be given to AIF. This historic show will be a night to remember as Guns N’ Roses’ first ever performance in the state of Hawaii and their only US show of 2018. Tickets for the upcoming, once-in-a-lifetime rock concert are currently available at LiveNation.com. 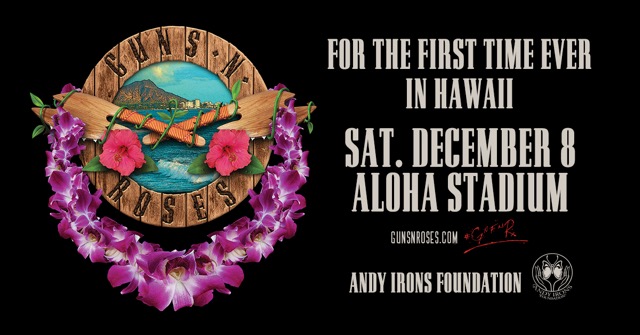 “It is such an honor to partner with Guns N' Roses for their first ever show in Hawaii,” Lyndie Irons said. “As Andy sought solace through music, my goal with the Andy Irons Foundation is to offer hope and vital programs for young people struggling with mental illness, drug abuse, and learning disabilities. I am truly grateful for such an amazing experience with one of Andy's all-time favorite bands.”

Andy was a beloved member of the surf community and a passionate music fan. Andy and Lyndie’s son Axel, named in honor of Axl Rose, will be turning eight years old on the day of Guns N’ Roses’ December 8th show.

The Not In This Lifetime Tour kickoff in 2016 and the band has performed an astounding 150+ shows for over 5 million fans to date in stadiums, arenas, and as part of festivals worldwide. This year alone the band has played at 13 stadiums as part of their epic run along with five summer festival headlining slots across Europe. The European dates in 2018 have thrilled over 750,000 fans. Produced and promoted by Live Nation, the outing featuring one of the most legendary bands has become one of the highest grossing and most successful tour of all time.