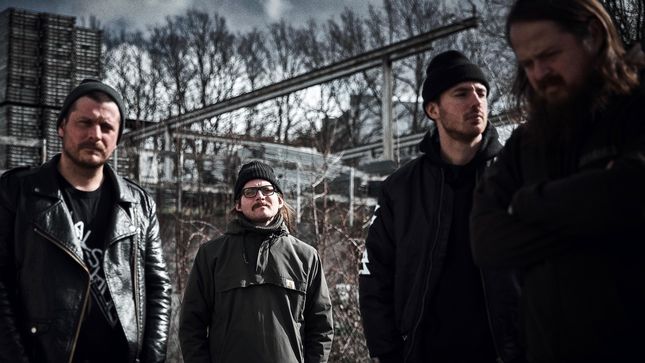 When gnarly punk, pure metal and the swagger of hard rock meet, it can only mean one thing: the unholy rebirth of Helhorse. The Danes love to rock out with riffs heavier than Godzilla's balls. Be part of one of the loudest, dirtiest and also most melodic riff fests of the year.

Helhorse have just released the third single, "War Drums", from their new record, Hydra, out now via Rodeostar Records, distributed by Napalm Records.

Says the band: "The video was filmed and edited by our partner in crime, Andreas Benthien and Jess Bang Hansen. However it is the true genius of Sarah Lee Armstrong that brings this video to life. Our minds are blown by here genius."

Order Hydra  on LP, CD and digital formats via Napalm Records, all outlets.

Hydra was mixed and mastered by Tue Madsen (Gojira, Messhugah). Staying clear of the modern music worlds compressed and very undynamic master, Hydra aims at giving you that crisp you’ve been missing, and showcasing that quality of spending time on refining the smaller details, to give you a spacious Sound.