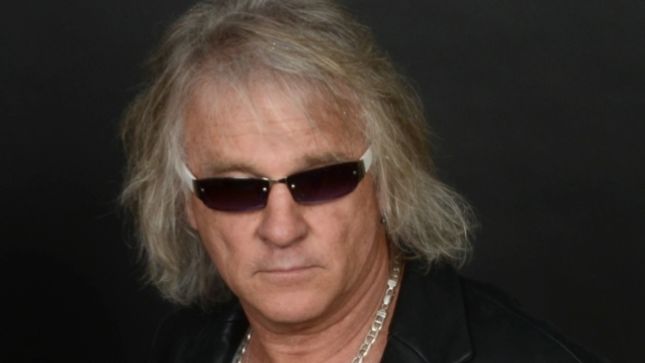 Helix frontman Brian Vollmer checked in on November 12th to report that Helix drummer Greg "Fritz" Hinz had been hospitalized and put into a drug-induced coma after falling from the roof of his house over the weekend. A GoFundMe page has been launched by Vollmer to aid in paying Hinz's bills, as he is self-employed. Check out the campaign here.

"On Monday, November 12th, Greg "Fritz" Hinz suffered serious injuries after a fall from his roof while installing shingles. Presently he is in a coma with breathing tubes, having suffered severe head, back, and rib injuries. Although the doctors have told us that his injuries are not life threatening, Fritz will be in the hospital for at least another two weeks and have a back brace for another 4 months, if not longer. Being self employed, he will not have any income to rely on-no monies coming in for his mortgage, truck payments, and all the other normal expenses like heat & hydro, phone, etc. that we all face. Knowing and loving Fritz as we do, we want him to have a full recovery, free of stress from wondering whether or not his bills are going to be paid. HE NEEDS YOUR HELP!

When this accident happened we were in the midst of working on the next Helix album, Old School, a collection of unreleased Helix material from around 1989 that had been written for the Back For Another Taste album. We have decided that all those friends/fans that donate $100 or more will receive an Old School CD when the album comes out, signed by the band. All songs on this album have never been released before. Fritz has been giving pleasure to fans for over 40 years! Please be generous and help his through this especially difficult time in his life. Thank you for your support on this."

Keep a look out for a couple of fundraising concerts early in the new year featuring Helix. One will be in London, Ontario and one in Brantford, Ontario.