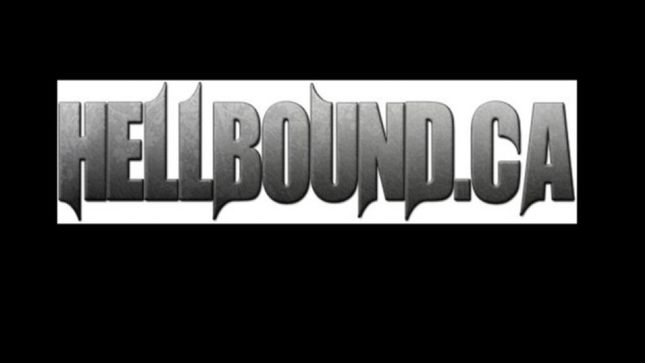 Launched on June 1st, 2009, Hellbound.ca was initially created as a spinoff of the Hellbound Radio program which aired weekly on Hamilton’s INDI 101, hosted by Sean Palmerston and Kevin Stewart-Panko. Both hosts had been contributing writers to numerous publications, including Metal Maniacs and Unrestrained! Magazine. When both magazines suddenly closed up shop in early 2009, Sean started Hellbound.ca as a Canadian-based online portal into the underground metal scene. Still going strong ten years later, we will be hosting a show at Hamilton’s This Ain’t Hollywood, located at 345 James Street North in Hamilton on June 1st.

“It’s amazing to think that Hellbound.ca has been around for ten years,” says Sean Palmerston.

“We have had the chance to interview and cover many of the biggest bands in metal, including legends like Judas Priest and Black Sabbath, amongst others. Hellbound.ca has also been fortunate enough to have some very special content exclusive to the site like the Heavy Metal Parenting and Blasphemous Meals cooking series, as well as our signature Top Canadian Metal Albums of the Year feature every January.”

"I am very excited about the diversity of metal acts that will be playing at our party," adds Palmerston." “Toronto's Chainbreaker just released their debut album via Hell's Headbangers and their take on classic speed metal is right up my alley. Astral Witch is one of my favourite Hamilton bands. This doom trio just released a new 7" single and are always great live. Anthropic hail from Buffalo, NY and play old school death metal/grindcore akin to early Napalm Death and Carcass. They have a ton of split releases and are always gigging in the USA. I have loved Droid since first hearing their sci-fi themed cyber-thrash album on Temple of Mystery/Shadow Kingdom Records and cannot wait to see them live. Finally, MT Cyanide is a brand new Toronto trio featuring members of Biblical, The Illuminati, Abyss and more. They play a blackened death/grindcore hybrid and the trio is currently recording their upcoming debut album."

Find tickets at this location.