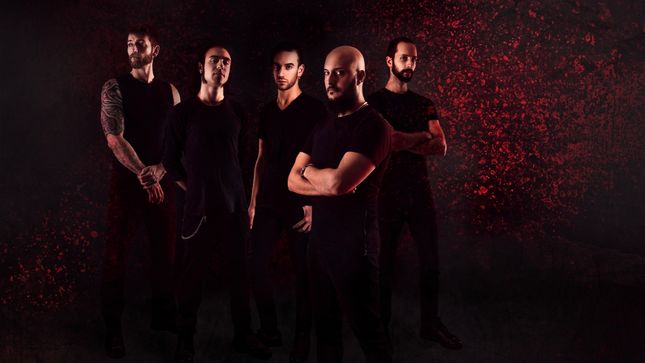 Enrico Schettino comments: "Perhaps more than any other song on Simulacrum, 'The Embalmer' represents the new path in front of Hideous Divinity. We knew it was time for 'not just a videoclip'. Something more was needed. When Olivier accepted our proposal and came out with the script, the whole thing hit us like a train wreck. We found the Embalmer. With his art, he created a nightmare and invited us into it: half covered in clay, standing like powerless statues, soon we understood to be in the hands of a maniac. Olivier De Sagazan came and embalmed reality in a distorted image, creating a destabilizing simulacrum. You can see us, blind observers, watching the grotesque repetition as he replaces Stephanie on the surgical field. 'Rise!', he cried."

Olivier de Sagazan is a visionary and one of the most relevant contemporary performers around. The concept of Simulacrum is vast, but could also be described with anamorphosis, transfiguration and distorsion. The band couldn't think of another more fitting artist to bring all of this to life. In the video, the band witnesses a mad surgeon's desperate attempt of discovering the true self of humans and flesh through a sequence of a grotesque experiment.

The new album, Simulacrum, will feature ten original songs delivered with jaw-dropping technical finesse, as well as two covers, Machine Head’s “Blood Of The Zodiac” and Mayhem’s classic “Cursed In Eternity”, as bonus tracks on the digipack CD (which will also be included in the LP edition). Pre-order here.

The artwork was again created by Vladimir Chebakov, who also did the cover for Hideous Divinity’’s last album, Adveniens.