HOMICIDE Celebrate The 25th Anniversary Of Malice And Forethought 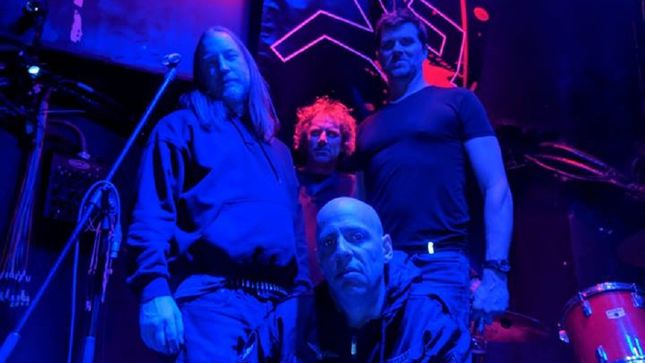 Montreal’s Homicide unleashed their new album Left For Dead this past August since their first offering of 1995's Malice And Forethought released 25 years ago. In celebration of their debut full-length's 25th anniversary, the band has made the record available for download, stream, and a limited amount of CDs for thrashers around the globe.

"We are very excited about the first-ever digital version of Malice And Forethought. It will be cool to hear it in a digital format after listening to it on a boom box for so many years. We look forward to being on all of your fave platforms that you enjoy headbanging to. Both Malice And Forethought and Left For Dead are the soundtracks for listeners who are looking to conquer the world. Whether you’re driving, working out, or just looking for something to bang your head to, the fast and furious styling of Homicide is going to hit the spot."

All killer and no filler Homicide is suitable for fans of Venom, Exodus, and Motorhead. What has been coined as “apocalyptic thrash” came back for fans when Homicide released their sophomore album Left For Dead on August 21, 2020. With a considerable amount of experience under their belts, the new album promises to be an instant classic. A no holds barred tour de force.

Malice And Forethought along with the band's latest release Left For Dead are available on Bandcamp (CD), Spotify, and Apple Music, and other digital platforms.