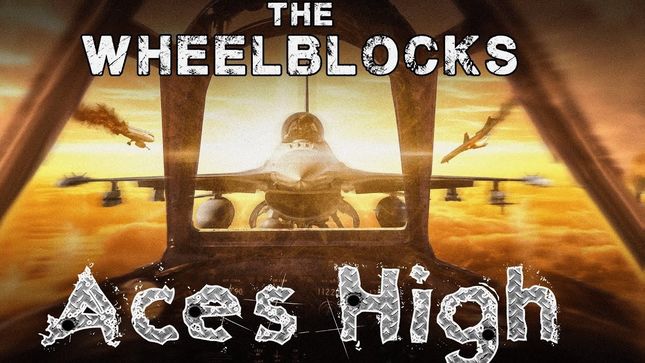 The track will be available for streaming/download tomorrow, here.

“Once again in the middle of a pandemic, I had the honor of getting together with some amazing musicians to play a cover of one of my favorite bands best songs!"  exclaims Chris Jericho. "'Aces High' is not only one of the hardest vocals I’ve ever had the pleasure of singing in a studio, they were even harder to record while I was flying a fighter plane! As a result, I think the power (slave) of this song fits perfectly into the hard rock world of today and I’m excited to see 'Aces High' fly as high up the charts as the protagonist of the song itself! So head up the runway, let off a shot burst and UP THE WHEELBLOCKS!”