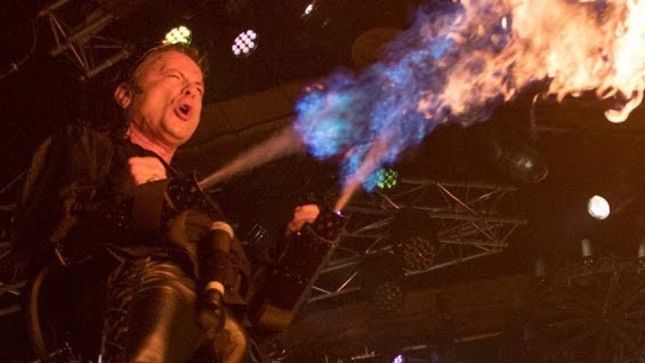 On October 4th, Iron Maiden performed at the Rock In Rio festival in Rio De Janeiro, Brazil to 90,000 people. Pro-shot video of the entire show is available below.

During Iron Maiden's concert on September 25 at the AT&T Center in San Antonio, Texas, guitarist Janick Gers lost his grip on his instrument, launching the guitar into the audience. Fan-filmed video of the incident can be seen below: