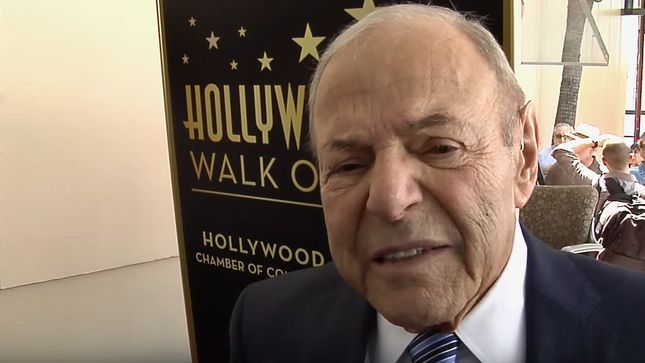 According to Variety, Joe Smith, whose four decades in the music business included heading Warner Bros. in the 1960s and ’70s, Elektra in the ’70s and ’80s and Capitol in the late 1980s and ’90s, has died at 91, multiple sources have confirmed.

“I’m so fortunate to have gotten out of (the music business) when I got out of it because there’s no fun anymore,” Smith, whose Warners run included the signing of Van Morrison, Black Sabbath, America, Alice Cooper and the Doobie Brothers, told Variety when he received his star on the Hollywood Walk of Fame four years ago. “We were there during a great time, and (then) it hit a wall.”

Besides leading three of the more historically important labels in the business across different eras, Smith is also remembered for his 1988 book “Off The Record: An Oral History Of Popular Music,” which included interviews with a slate of legendary artists few others would have enjoyed access to — including Bob Dylan, Barbra Streisand, Paul McCartney, Artie Shaw, Woody Herman, Ella Fitzgerald, Mick Jagger, Elton John, Ray Charles, Tony Bennett, Neil Diamond and Billy Joel. Smith was the head of Capitol Records when he conducted the interviews.

A native of Chelsea, Mass., Smith first fell in love with music as a youngster listening to the jazz of Count Basie, Duke Ellington and Stan Getz. After a stint in the military and a degree from Yale, Smith got into radio as a disc jockey, and as a DJ in Boston in 1960 was called to testify in the congressional payola hearings before moving to the west coast the following year to work in promotion for Warner Bros.

Smith because the president of Warner Bros. in 1972. During his time at “the bunny,” he worked with artists including Rod Stewart, James Taylor, Deep Purple, Petula Clark, the Allman Brothers Band, Jethro Tull, George Benson, Al Jarreau and Seals & Crofts. On the Reprise side, he was involved with the careers of Frank Sinatra, Dean Martin, Jimi Hendrix, Neil Young, Randy Newman and Joni Mitchell.

In 1975 he slid over to become chairman of the sister company at Warner Communications,  Elektra/Asylum, replacing David Geffen, who left to enter the film business. Artists he worked with there included Mitchell (again), the Eagles, Linda Ronstadt, Jackson Browne, Queen, the Cars, Carly Simon, Judy Collins, Mötley Crüe, Hank Williams Jr. and X.