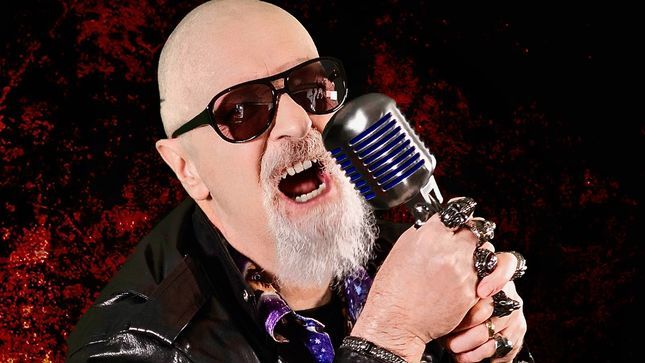 Judas Priest frontman Rob Halford recently guested on 96.7 KCAL Rocks! and discussed his involvement with the LGBTQ community. Following is an excerpt from the interview.

Halford: "There's a song off the Sin After Sin album (from 1977) called 'Raw Deal'. When I wrote the lyrics to that song, I'm sure there wasn't an agenda on my part; it just felt like a very natural thing to do. But this is the third album Priest ever made. It talks about Fire Island, which is the big gay hangout in New York. And I talk about these guys in the bar and everything and when I presented these lyrics, my feeling was 'Oh, this is just too much.' But the guys were, like, 'This is great. The words fit with the mood and the atmosphere with the song.' But you listen to that song, it really is almost like a coming-out experience for me, and it never really registered. It's only been in recent years that people have picked up on that song. That's the one. But what I will say has been very, very strong through all the Priest years in terms of the message is this idea of good overcoming evil. It's kind of a common theme in metal, that you take on adversity and you turn it around and you triumph. I think that is what's so special about ourselves as metal maniacs, as metalheads."