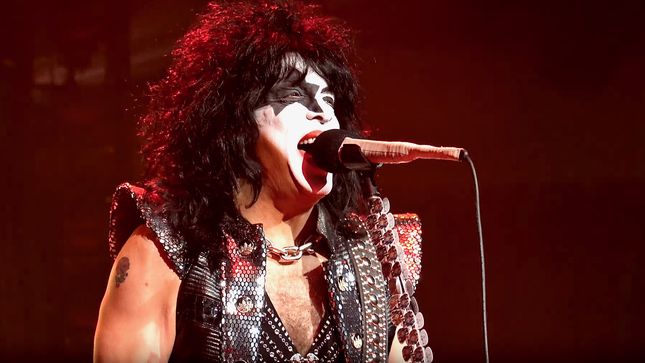 Doc McGhee has managed KISS since 1995 and though he hasn’t seen it ALL, he’s seen a lot. As a kid, he was enamoured of R&B stars like James Brown and Isaac Hayes and in fact worked with both for a time but, considering he’s also managed KISS, Bon Jovi, Mötley Crüe , and Poison, among others, rock ‘n’ roll is his bread and butter.

As KISS prepares to wind down its touring apparatus, McGhee talks to Pollstar about his career and life with the band. An excerpt follows.

Pollstar: How did you come to manage KISS?

Doc McGhee: "I had Mötley Crüe open for KISS around 1983 and had Bon Jovi open for them in 1984 throughout Europe and kind of got to know them then. I didn’t really know them before that. I saw Paul at Studio 54 a few times in the late ‘70s and that’s it. Gene would always call, well maybe once or twice [during the band’s 1983-95 “Unmasked” period], and say, “I want to talk to you.” And I’d say, “Are you going to put the makeup back on?’” and he’d say, “No.”  And I’d say, “Call me when you put the makeup back on.” So around ‘95 he called and I asked, ‘Are you putting makeup back on?’ and he didn’t say anything and I said, “I’ll be right over.” They did real well with Revenge and all that but it wasn’t KISS! Their makeup was just such a big part of them."

Pollstar: Why are the characters and makeup so vital to KISS as a band?

Doc McGhee: "They came out of Kabuki and comic books and things that allow them to be the person they wanted to but couldn’t be without the makeup. They own it and they believe it. Whether or not you do or don’t like KISS, you stand there at a show and you know they believe it. There’s not a lot of people who can own this stuff and people believe it. And KISS taking on all these characters, that are not even themselves, they are able to now do the things that they couldn’t do in blue jeans and T-shirts."

Pollstar: How will it come to an end? There’s rumours KISS may bring on all the original members.

"It’s going to be great. It’s going to be worthy of the end of the road. It will be worthy to the 45 years of KISS, the last month for sure. We want to celebrate everybody and we might bring out all the former members. We’d like to. Nobody says we hate this guy; we hate that guy; we want everybody who wants to come out."

KISS perform tonight, February 18, at Springfield, MO at JQH Arena. Dates for the tour, which features David Lee Roth as direct support, can be found here.