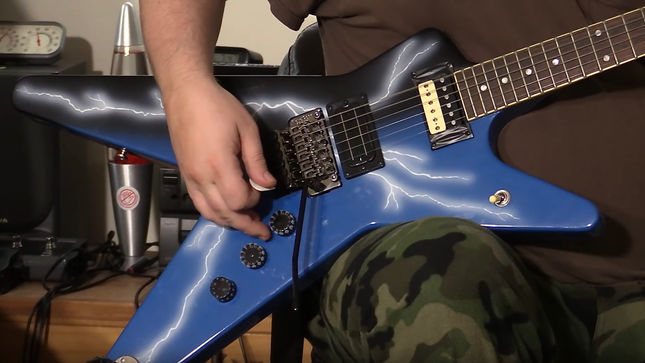 According to Law 360, the estate of late Pantera founder and guitarist “Dimebag” Darrell Abbott has won a copyright suit filed against it by instrument designer Buddy Webster, aka Buddy Blaze, who says he was the one who helped design Dimebag's signature “Dean From Hell” guitar.

Back in April, 2017, Webster filed a copyright infringement lawsuit at the US District Court in Central California, claiming Dean Guitars and Armadillo Enterprises (among others) wrongfully and willfully reproduced his design for financial gain. He stated that he hadn't received a single penny.

Back in the 1980s, Webster helped create the “Dean From Hell” guitar. He cited the history of how he and Dimebag Darrell met. Their encounter, and subsequent friendship, would eventually lead to the creation of the popular guitar.

On Monday, December 3rd, a judgment was entered in favour of the defendants in the Middle District of Florida, where the suit was transferred in July 2017.

Evan Rubinson, President & CEO of Dean Guitars states: "After a long-fought battle to defend the legacy that is Dimebag Darrell, we emerged victorious on summary judgment on every single claim by Buddy Blaze (Webster). Dean Guitars & the Dimebag Darrell Estate are pleased to announce that we are back & better than ever!”