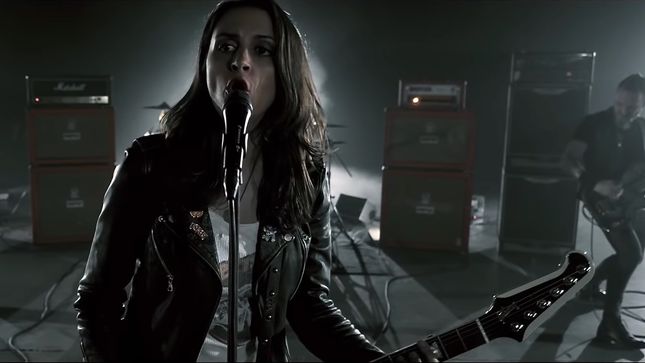 On her new single "Fire Fire" (available here.), guitarist Laura Cox sings, "Fire, fire / Ain't gonna burn the hell out of my fire, fire." The track is that which inspired the name of her second album Burning Bright, which arrives November 8 via earMUSIC.

The singer/songwriter/guitarist herself identified "Fire Fire" as one of the powerful songs on the album. "When I wrote it, I immediately thought about William Blake's poem 'The Tyger,' which goes, 'Tyger Tyger, burning bright,'" she explains. "I drew a parallel between Blake's words and our song 'Fire Fire.'"

Cox has also recorded a special guitar cover of the solo. Watch below:

Cox previously shared the new song  "Bad Luck Blues" (video below). She is being featured in Guitar Player and Vintage Guitar.

Her music is best described as high voltage rock 'n' roll in the vein of AC/DC-meets-Danko Jones and Joan Jett, mixed with Southern and Blues influences. Recorded at the legendary ICP studios, backed by an impeccable band, and mastered by the great Howie Weinberg (Aerosmith, Oasis, The White Stripes), Burning Bright offers 10 explosive rock songs that showcase an incredibly talented young artist.