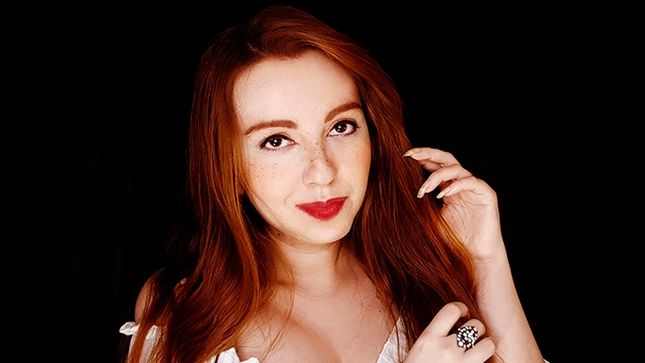 Some people say that the internet keeps us apart. But many online relationships can be as strong and present as physical ones. A proof of this is the relationship of the symphonic metal band, Lyria, with the fans: through social networks it is possible to know more about the musicians and their tastes in food, games and hobbies. With that in mind, the band's lead singer, Aline Happ, started the video series “Cooking with Aline Happ”.

“Whenever I post a photo of some food, fans love it. They want the recipe, they want to know more about it. So I thought it was cool to share my adventures in the kitchen with them. I want to show my lifestyle to the fans. I believe this makes us even closer, because they like to know about my hobbies and not only about my profession as a musician”, she explains.

The first video in the series teaches a recipe for a Vegetable Pie, using zucchini and potatoes as main ingredients. “I chose this recipe because it is easy, practical, delicious and healthy. I eat everything I like, but I keep a balanced diet, and I always work out”, says Aline Happ.

And what would be the soundtrack for cooking at home for a metal singer? In the case of Aline Happ, the songs range from rock to metal, including pop, electronic, folk and Celtic. The connection between culinary and metal, according to the artist, is really deep: “One feeds the body and the other feeds the soul”, philosophizes the vocalist.

The video is once again made entirely by Aline Happ, from conception to completion. The artist creates the script, records and edits the videos posted on her channel. Known worldwide, Lyria is a Brazilian band founded in 2012 by Aline Happ. Since then, the group has released two albums with crowdfunding support, Catharsis (2014) and Immersion (2018) and played in several Brazilian cities such as Belo Horizonte, Curitiba, São Paulo, Rio de Janeiro, among others.

Watch the video for Vegetable Pie: