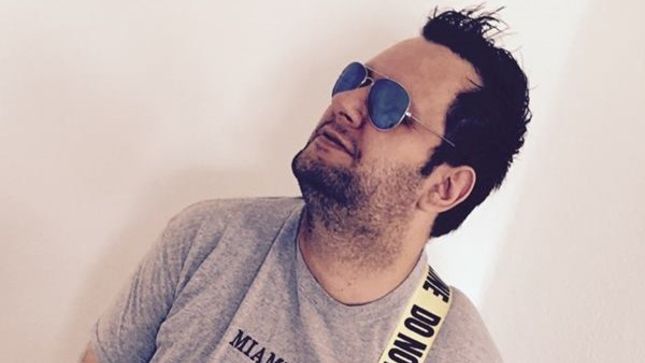 German guitarist and songwriter Marc Vanderberg has released the song "Warrior Of Freedom" as a foretaste of his fourth studio album. The song is in the style of ‘80s arena rock hymns, combining driving guitar riffs with catchy and melodic choruses.

"The melodic line of the song clearly shows my musical roots, which are part of the ‘80s hard and melodic rock genre", Vanderberg says. The chorus of the song is based on a guitar riff written by co-writer Oliver Deleker. "One day Oliver sent me the guitar riff of the chorus. Shortly afterwards I wrote the vocal melody and the lyrics. That was the basis on which I then created the other song parts", says Vanderberg about the creation of the song.

The vocal part was done by Jimmy Gee. "Jimmy is the perfect cast for this song. Just a few hours after sending the demo, Jimmy provided vocals that captured the spirit of the song and made it audible. 100 percent match", explains Vanderberg.

“Warrior Of Freedom” is available in popular online stores and on the leading streaming platforms. The song was produced by Thorsten Eligehausen for Dark Sign Records.