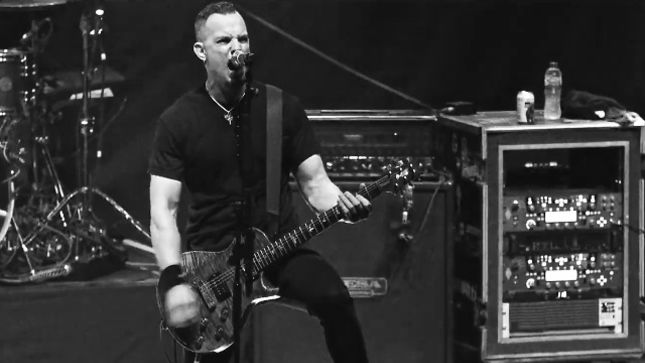 In a new interview with MyGlobalMind, Alter Bridge guitarist Mark Tremonti revealed he is working on a new Tremonti solo album.

He says, “I’m pretty very far along; I would say I’m 14 songs deep. I would get to about 20 songs before deciding which ones will make the final cut. It’s not a question of which songs are good or bad; it’s which work and have a good dynamic range.”

On the elements of the new Tremonti record, Mark states, “It has heavier elements, and it definitely has some of the moody, atmospheric stuff like Alter Bridge. The Tremonti band’s rhythm section stands apart from Alter Bridge, and any type of speed metal that I bring into Tremonti might not necessarily fit into Alter Bridge. Our vocal couldn’t be any more different. Myles is a seasoned tenor, and I’m almost a baritone. That’s the big difference in how the two bands sound different.”

Don Carr at Sweetwater recently caught up with Alter Bridge guitarist Mark Tremonti to discuss his PRS signature guitar and amp. Check it out below.