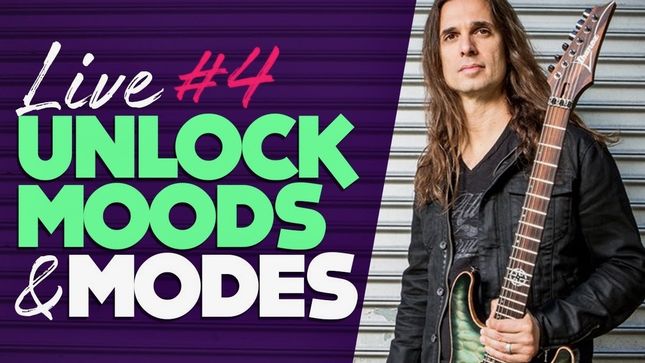 Megadeth guitarist, Kiko Loureiro, has released the video below, along with the following message:

"In this Live #4,  I will show you what I call THE REAL ORDER of the Modes. I will organize them in terms of feelings and moods. By understanding this, you will have the power to compose and improvise with total control over the feelings you want to express. Your solos and songs will have much more color, and more variety."

Loureiro recently released his new album, Open Source. Get the album here, and find a full audio stream below.