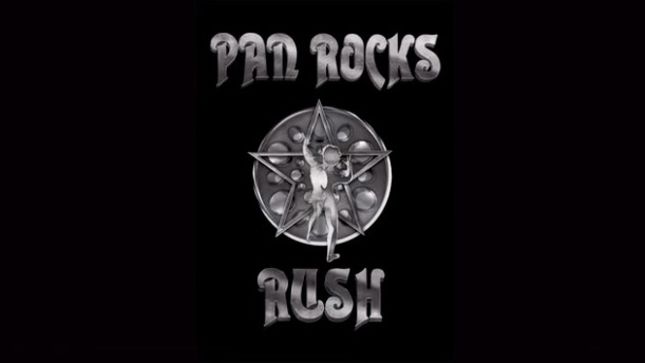 Steel drum orchestra, Pan Rocks is headed to the studio the end of November to record its tribute to Rush. Modern prog-rock drum legend Mike Portnoy (Sons Of Apollo, Winery Dogs) will handle the drumming duties. Guitarist Pete Thorn (Chris Cornell) and nassist Phillip Bynoe (Steve Vai) will round out the band.

“We’ve got an amazing band lined up,” says producer Matt Starr “This is the perfect lineup to pay tribute to the mighty Rush.”

Thornton has once again called on Matt Starr (Mr. Big, Ace Frehley) to produce the new project. “I’m grateful to have the opportunity to help Tracy realize his vision for this amazing project,” says Starr. “Hearing 50 steel pan drummers play Rush is just mind blowing. I can’t wait for everyone else experience it.”

Pan Rocks has partnered with Pledge Music for its crowdfunding campaign. For more information, and to help support the project, click here.

The Pan Rocks Orchestra is made up of steel pannists from around the world. “I’m excited to have the opportunity to celebrate the music of Rush, the band that inspired me to become a musician in the first place,” said Tracy Thornton. “Our crowdfunding campaign will give the fans an opportunity to get involved. Plus, we have some very cool, interactive, and exclusive rewards planned.”

Regarding the future of the project, Thornton says, “My goal is to keep pushing the boundaries and highlighting the capabilities of steelpan instrument in the rock and roll genre, and reach more music enthusiasts. Ultimately, we are working towards a touring show with both Western and traditional Trinidadian Carnival elements.”

The recording will take place at El Dorado Studios in Los Angeles. The project will be mixed by Smiley Sean (Mötley Crüe), and mastered by Grammy Award winning Mastering Engineer Dave Collins (Metallica).