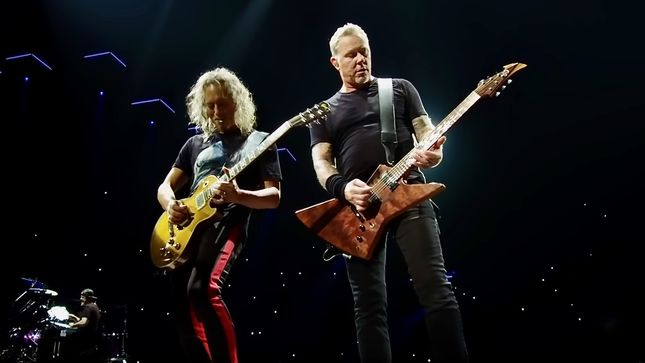 Metallica has released a statement following the passing of producer Hal Willner, who died Tuesday, April 7, at age 64. Willner co-produced Metallica’s collaboration with Lou Reed for the Lulu album.

"The entire Metallica family was shocked and saddened to hear of producer, writer, and composer Hal Willner's passing earlier today. He was a truly inspirational collaborator, someone who through his unique combination of musical knowledge and warm personality, invigorated every project he touched, including co-producing our very own collaboration with Lou Reed, 2011's Lulu; Hal expertly helped to guide us all to a project we loved, and remain fiercely proud of, to this day.

"His breadth and scope within the world of music was incredible. From being the sketch music producer of Saturday Night Live since 1981 to producing albums for Lou, Marianne Faithfull, William S. Burroughs and Laurie Anderson, Hal's love and appreciation of all styles of cutting-edge music and art made him a man in high demand."

Drummer Lars Ulrich added in a separate statement: "I will always treasure the time I spent with Hal in those most inspiring and collaborative environments. He was such a warm, open, and communicative person, and as Lou's right-hand man, he was absolutely essential in pushing Lulu forward. I'll never forget him, and I know I speak for the entire Metallica family when I say he will be greatly missed."