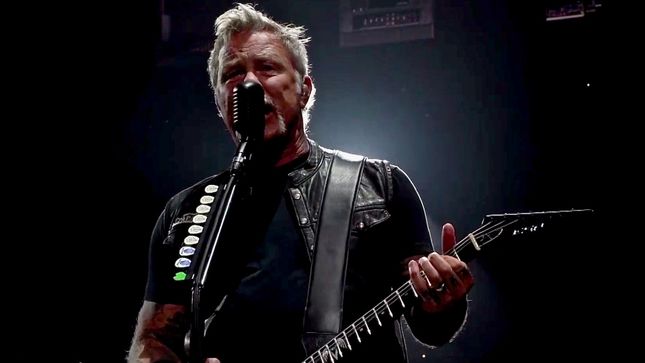 Filmed at T-Mobile Arena in Las Vegas, NV on November 26th, professionally filmed footage of Metallica performing the Hardwired... To Self-Destruct album track, "Atlas, Rise!", can be seen below:

Metallica's acoustic benefit concert in San Francisco ,set up to raise money for their non-profit organization All Within My Hands Foundation, has evolved into an album, Helping Hands … Live & Acoustic At The Masonic. It is being released in an effort to raise more money for the charity, which recently donated $100,000 to relief efforts for fighting the California wildfires.

Metallica issued the following update regarding a pre-order for the album: "We’re celebrating Giving Tuesday with two limited-edition products, both benefiting the All Within My Hands Foundation.

"Pre-order Helping Hands… Live & Acoustic At The Masonic, the two-disc recording of our inaugural Helping Hands Benefit Concert, on limited-edition, 140g colored vinyl mixed by Greg Fidelman. The vinyl will be available on February 1, 2019 at independent retail around the world, with pre-orders beginning now in the Metallica Store as well as the Probity Merch UK/EU Metallica Shop. 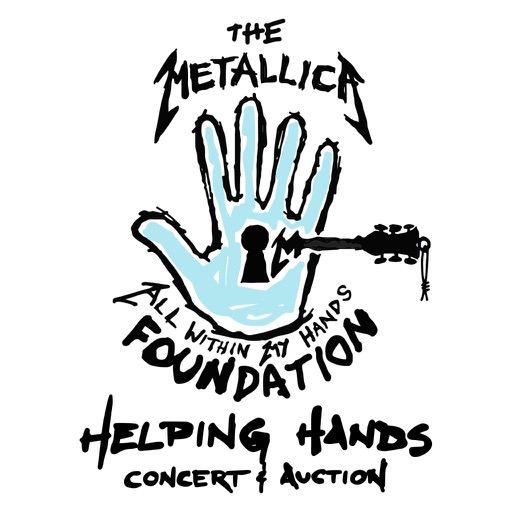 "The Met Store is also releasing a limited-edition etched glass featuring the iconic Pushead artwork for “One”.

"Proceeds from the sale of both items will be donated directly to AWMH and will be used to support communities in need, primarily in the areas of workforce education and the fight against hunger.

"As always, we appreciate everything the Metallica Family does to help us give back around the world, and we encourage you to continue in that generous spirit. If you are looking for other ways to give back, please consider contributing to AWMH’s #GivingTuesday Facebook fundraiser."

Rolling Stone reports that  Helping Hands … Live & Acoustic At The Masonic features two colored LPs on heavyweight 140-gram vinyl and a download card. It will also be available at independent record stores and digitally next year.

Metallica performed at their annual All Within My Hands charity event on November 3rd at the Nob Hill Masonic Auditorium in San Francisco, CA. Metallica’s setlist included:

Check out fan-filmed video below: