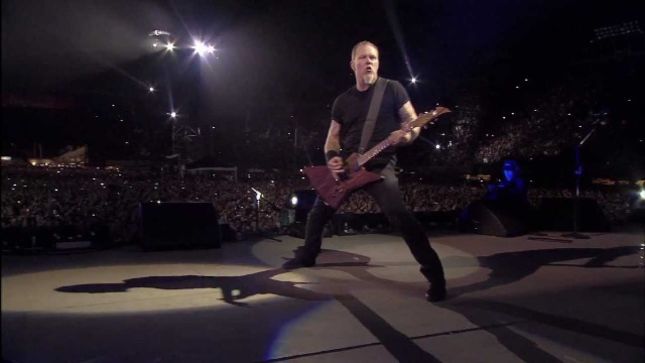 Word has come down that tickets for the band's April 15th show in Santiago, Chile at Estadio Nacional (capacity: 63,000) sold out in less than three hours. Tickets went on sale at 11:00am on August 22nd and were gone by 2:00pm the same day. 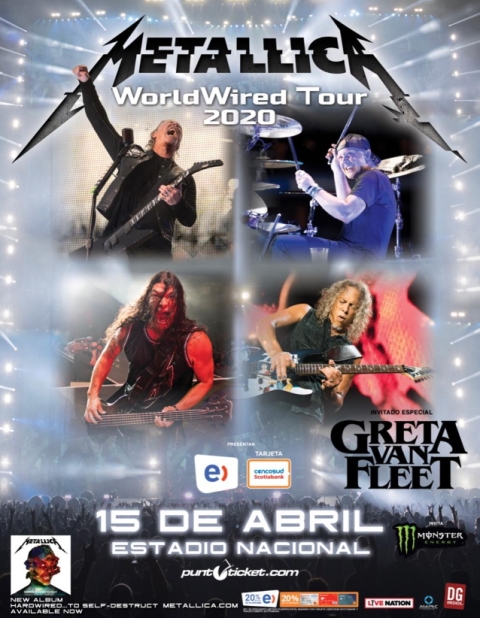 Says Metallica: "As the WorldWired tour hits the last leg in Europe, there are still so many places left to visit; South America, you’re up first in 2020! The last time we had the pleasure was in 2017 as part of the Lollapalooza festival and now it’s time to come back with the full-on stadium experience (as seen in N. America and Europe) for six headlining shows including two Brazilian cities we have never played in - Belo Horizonte and Curitiba. Opening the shows will be recent Grammy winners Greta Van Fleet!

"The perks of the current WorldWired Tour will be in place starting with the Wherever I May Roam Black Ticket we introduced over a year ago in North America; just one ticket will allow floor access to any Metallica show on the South American tour. Black Ticket holders need only choose the show(s) they would like to attend and make an online reservation no less than 48 hours before the gig. A limited number of these Black Tickets* will be available for $598 USD through CID Entertainment. And once again, all tickets will include a free MP3 download of the show(s) attended, mixed by the team behind Hardwired... To Self-Destruct. The free full-show downloads can be obtained by scanning or entering the barcode from that show’s ticket stub at LiveMetallica.com/scan.

"Last but not least, the Enhanced Experience options will be available with three choices of special packages, including premium tickets and amenities ranging from early access to the venue and the "Memory Remains" traveling museum to meeting members of the band. Visit CID Entertainment for full package details.

*Wherever I May Roam Black Tickets are non-transferable and if re-sold will be revoked. Each ticket is good for entry to Metallica specific shows and may not be used for festivals, promotional shows, benefit concerts or any other dates not included in this tour of South America announced on August 14, 2019. Use of a Black Ticket will require an online reservation for each show you plan to attend no less than 48 hours in advance. More details about how to use your Black Ticket will be sent to purchasers via e-mail.