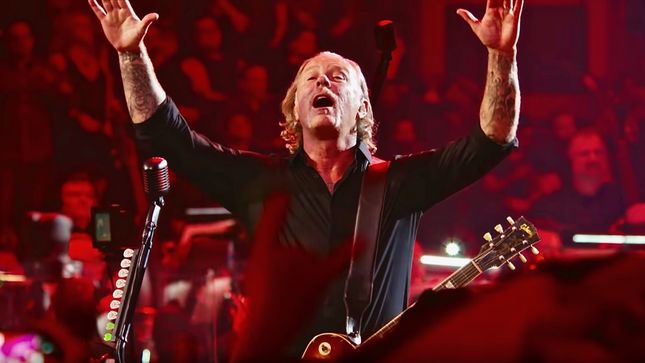 Metallica will make an official announcement for the S&M² boxset tomorrow at 9 AM EST. S&M² featured Metallica performing with the San Francisco Symphony for two nights in September 2019 and opened the new Chase Center in San Francisco, CA.

Drummer Lars Ulrich teased the news in June when chatting with superfan Tracey Bednar during an episode of Jimmy Kimmel Live!

The original S&M concerts were performed by Metallica and the San Francisco Symphony conducted by the late Michael Kamen in spring of 1999 at the Berkeley Community Theatre. The S&M² concert featured the first live performances of these arrangements in 20 years, plus the first ever Metallica/San Francisco Symphony renditions of songs written and released since the original S&M, with new orchestral charts by Bruce Coughlin.