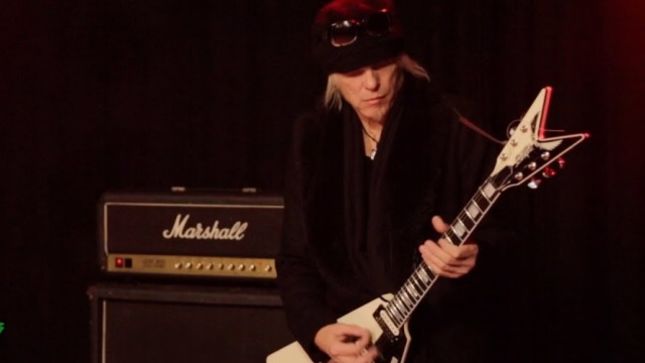 In the audio clip below, guitar legend Michael Schenker reveals the artist he considers a rock god: Jeff Beck.

Schenker: "Jeff Beck has a way of doing things with his guitar that doesn't sound like anybody else. It's pure self-expression. That's what I do, but I don't play like him. I think it was the album Truth (1968) with Cozy Powell on it, I think. Rod Stewart was singing. I listened to it at my friend's place in Hannover, and I was walking home in the middle of the night, going like... 'One day, I'm gonna play like that!' I was so inspired."