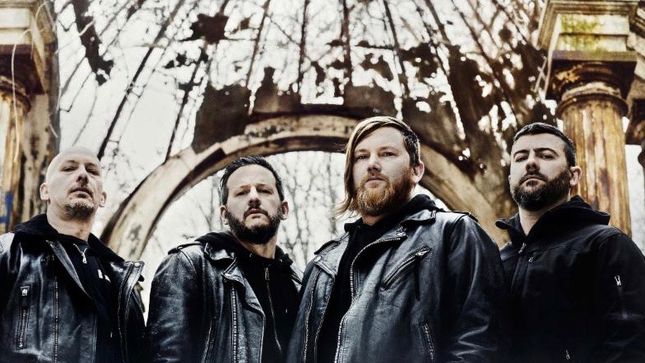 Death metal extremists Misery Index have will be embarking on a North American tour this spring as direct support for Nails. The run will kick off on June 8th in Chicago, IL and will conclude on June 16th in Raleigh, NC.

Speaking on the upcoming tour, the band comments, "We are beyond stoked to hit the road on this extra-special and extra-brutal U.S. run with our friends in Nails, Devourment, and Outerheaven.  We'll be playing a few tracks of the new record Rituals Of Power, as well as bringing the classic heaviness.  Come out to the shows, and LET'S GRIND."

In addition to the tour, Misery Index guitarist/vocalist Mark Kloeppel has been featured on an exclusive gear segment via ESP guitars, in which he discusses why he is devoted to his LTD EX-401 model. Check it out at this location. 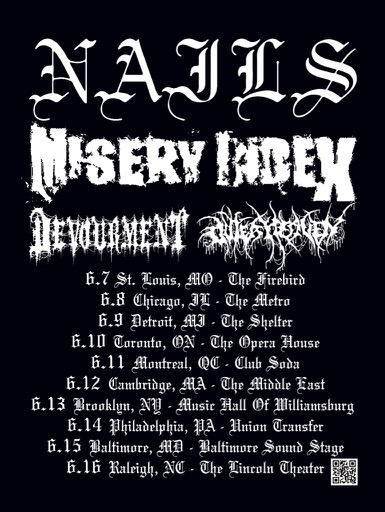 Misery Index's new album Rituals Of Power sees the powerhouse quartet unleash a barrage of ferocious death metal as violent as it is savvy. Their vicious vocals spit venom, laying bare the ills of a dystopian society gone mad. As rampaging new tracks like "New Salem", the title track, and "I Disavow" so brashly prove, Rituals Of Power is world-class modern extremity and Misery Index only grows more powerful with time.

"Rituals Of Power is a disavowal and warning against the consequences of our so-called 'post-truth' age," says the band. "Each of the nine songs revolves loosely around this theme, yet each track also stands very much on its own. As an album however, they are all brought to life as one 'reanimated' monster; it's roughly thirty-five minutes of unhinged, yet cohesive, riff-driven aural ballistics. We were pissed off and on fire during both the writing and recording, and we think it shows in spades. We set out to write the best album we could, based on what we would want to hear first as fans of this music, and we could not be happier."

Rituals Of Power will be released on several formats including jewel case CD, limited LP, limited cassette, limited deluxe digibox which includes bonus cover tracks - Nailbomb's "Wasting Away" and M.O.D.'s "Man Of Your Dreams" (featuring Rob Barrett from Cannibal Corpse) - as well as a carabiner with key strap and bottle opener, a patch, and three vinyl stickers, and digitally. For pre-order options head here. 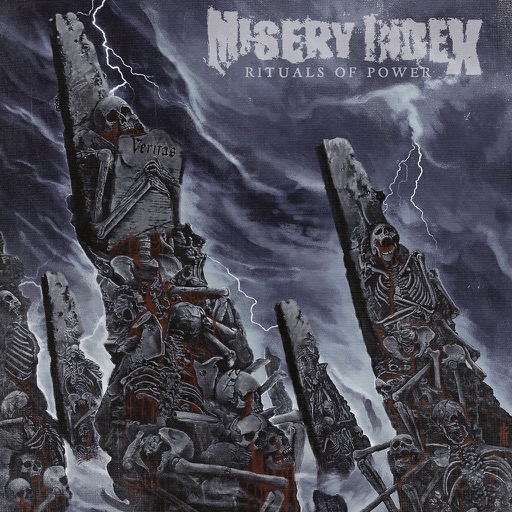 A European tour with Wormrot and Truth Corroded starts this weekend. 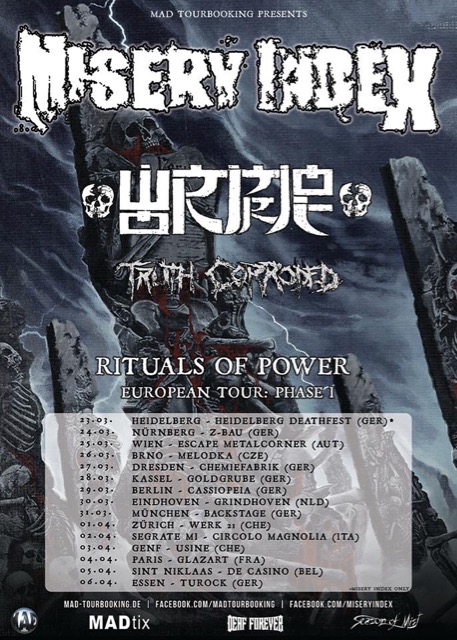