MONSTER MAGNET Frontman DAVE WYNDORF - "It’s A Crisis Time; The Last Thing I Want To Do Is Ask For Money" 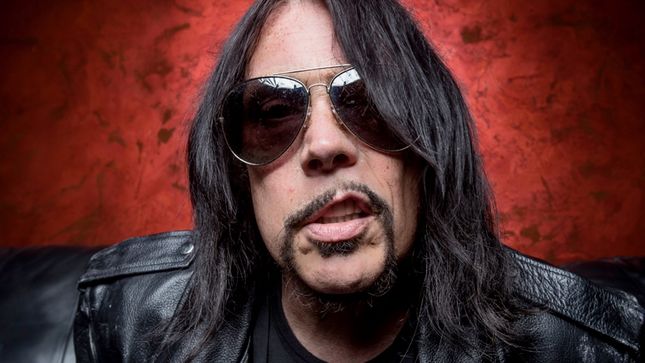 Recently, Monster Magnet were forced to postpone the North American dates of their Celebration Of Powertrip Tour, due to the COVID-19 pandemic.

Speaking to Billboard correspondent Katherine Turman about life in the wake of Coronavirus shutdowns, Monster Magnet frontman Dave Wyndorf revealed that he is reluctant to ask fans to donate to an online chat or performance on social media, as many of his peers have.

According to Wyndorf, “It’s a crisis time; the last thing I want to do is ask for money. I don’t think fans owe me anything. I owe them something; a good record.” He plans to work on a new album during this unexpected downtime.

Monster Magnet rescheduled the North American leg of its tour celebrating their 1998 album Powertrip until 2021, and so far, Wyndorf is uninterested in online opportunities. “I think Internet presence is overrated. I think the public has something better to do than follow rock bands. The fans are great, and hopefully they'll be there when we put out a new record. It wasn’t the first thing to think about in a global pandemic, to have someone buy my t-shirt,” he says. “I can’t blame people for doing it, though. Obviously, smaller bands get hit harder because they have to play more to get their money, rather than some pop diva who can go out and get it all in two shows and also sell ancillary items.”

Wyndorf previously commented on the unfortunate situation, “So sorry to postpone the tour but under the circumstances I’m sure everybody can relate. Sweaty, live rock music and pandemics aren’t a good mix. So, we’re gonna reschedule this thing and do it at a time when everyone can rub shoulders without freaking out! Thanks to everyone who bought tickets. Stay well and we’ll see you on the other side!”