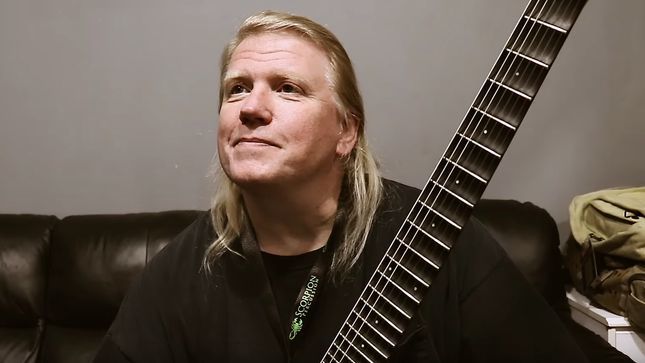 Nile mastermind Karl Sanders is featured in the new Nuclear Blast clip below in a battle of the band, being forced to choose between classic metal bands and line-ups. Check out the pain below.

Karl Sanders comments, “The arrival of the release day of Vile Nilotic Rites is the long awaited culmination of not only years of passionate, dedicated work from everyone involved, but also the sweeping realization, the promised land  of the collective hopes and expectations of our fans.

In truth, this day of deliverance is also their day, not just ours. Nile fans have always been loyal and supportive through the years, and evidenced themselves particularly so over and over during the long wait while we slaved over this album. Their eternal metal faith and encouragement were a continuous source of inspiration for us to push ourselves to make this the best Nile record we possibly could. This album has been a long time coming; but it is here at last, here at last..Thank the Metal Gods Almighty, Vile Nilotic Rites is here at last.”

Order your copy of Vile Nilotic Rites in the format of your choice here.