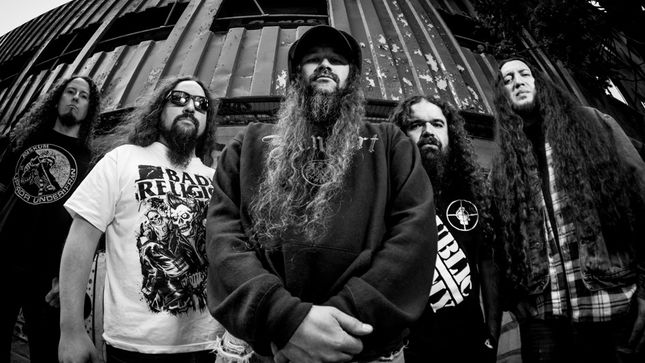 Chilean metal outfit Nuclear have released their new single "Facing Towards You", from their upcoming album Murder Of Crows.

After five years of silence, the band returns with a new album which will be released through Black Lodge Records / Sound Pollution on November 13th.

The band stated about the new single: "It was very difficult choosing the first single, but we think ‘Facing Towards You’ represents pretty much the spirit of the new album. It is simple, fast and brutal, just a little glimpse of what’s to come”. Murder Of Crows release date is getting closer and you can pre-order it here."

Murder Of Crows is Nuclear’s sixth studio album and most extreme proposal to date. Obliterating all boundaries, Nuclear’s new music ingrains the vicious cutting-edge guitars of thrash and the sonic brutality inherent to death metal’s golden years. With unyielding tones feeding a display of unhinged savagery, Murder Of Crows is set to become one of thrash’s uttermost deliveries of 2020.

"Pitchblack" (Intro)
"Murder Of Crows"
"No Light After All"
"When Water Thickens Blood"
"Friendly Sociopath"
"Abusados"
"Misery Inc."
"Facing Towards You"
"Hatetrend"
"Blood To Spare"
"Useless To Mankind