Original JUDAS PRIEST Frontman AL ATKINS - "It Was Strange Seeing ROB HALFORD Singing My Songs After I Had Left... I Didn't Like His High Range Vocal Style At First..." 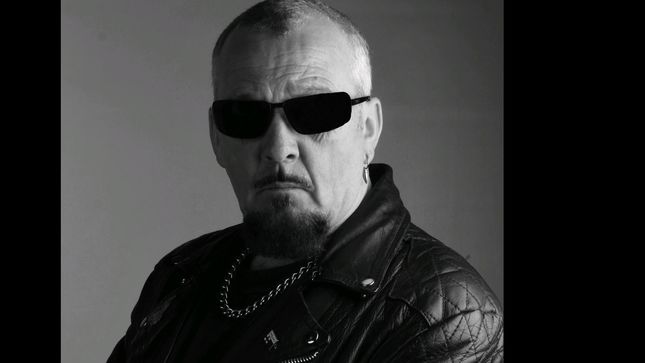 "It was strange seeing Rob singing my songs after I had left them and I didn't like his high range vocal style at first but he got older and his voice matured. He was incredible especially during the eighties... really wicked. I last saw them a few years back at Wolverhampton Civic Hall and they played a great set but I missed K.K. (Downing) on guitar although Ritchie (Faulkner) is a good guitarist. I went to see K.K., Tim Owens and Les Binks last year at his new venue The Steel Mill and the band was just amazing. It was great to meet them all back stage later."

Atkins talks about the formation of Judas Priest, the band's management in the early years, the first songs, why he left and he also remembers Dave Holland, former drummer of Judas Priest that passed away on January 16th of 2018:

"Well I couldn't believe or didn't want to believe in what happened to Dave... such a nice guy and great drummer. He played on my Victim Of Changes solo album and we decided to stay together and record another one. We had meetings in London with various record companies and things were looking up for us and then the bombshell... He spoke to me on the telephone saying he was being stitched up and not to talk to the press... I never saw him again. He got 10 years prison and court costs of around £10,000... Shame because after serving his time, he moved to northern Spain and died with cancer."