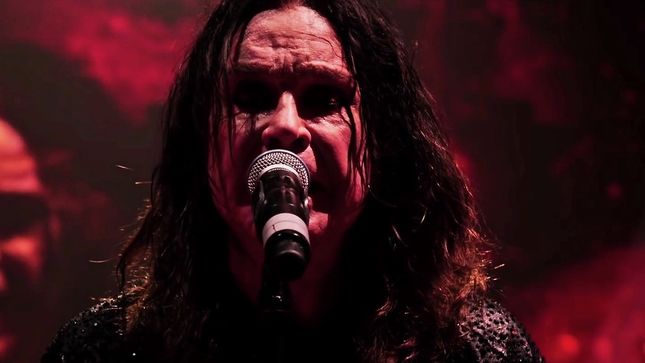 CBC News' Ryan Cooke is reporting that a St. John's, New Brunswick man whose car was stolen while out on a pizza delivery, along with his CD collection, received an amazing surprise from Ozzy Osbourne and Zakk Wylde.

According to the report, after Josh Cook went inside a multi-apartment complex with the pizza, he heard an engine rev. He sprinted out the door just in time to see his car speed off with his phone and a large stash of music inside. Later that weekend, Cook found the car sitting outside the same house with a full tank of gas and irreparable damage. Also written off was his CD collection - a compilation of hard rock and metal albums he thought would be impossible to replace. The music that got him through so many nights of driving was gone. The only thing left in the car was a CD by Zakk Wylde.

After speaking to a few media outlets, Cook got an unexpected message. "After everything, somehow Zakk Wylde's son got word of what happened," he says.

Cook passed his mailing address along to Wylde's publicist and found a massive box of Black Label Society swag on his doorstep days later. A few days after that, a second package arrived with a few bundled-up Ozzy Osbourne T-shirts at the top. As Cook roots past the shirts, he found the complete discography of Osbourne's work - everything from his solo CDs to vintage Black Sabbath albums - and an autographed picture.

"These guys, they don't know who I am," he says. "But they set me up with all this stuff. It's amazing."

Read the full story and see photos at CBC News.