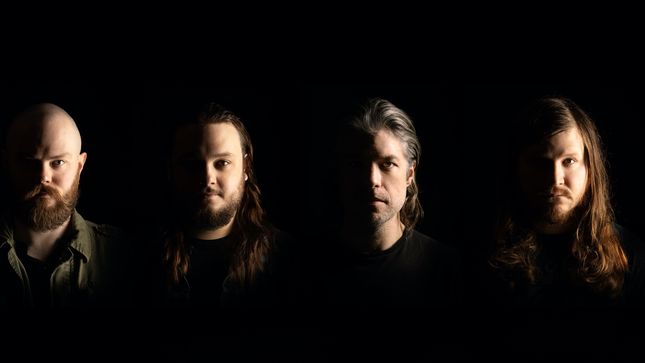 The band have shared a black and white, cinematic version of the video for title track, “Forgotten Days. The clip, which stands in stark contrast to the original version (streaming below) that was released earlier this month, has echoes of classic science fiction films such as Solaris, Silent Running, and Stalker.

“When Ben sent us this alternate version of the ‘Forgotten Days’ video, we were instantly taken aback at how a simple color shift and change to aspect ratio transformed the feeling of the narrative,” explains singer/guitar player Brett Campbell of the Ben Meredith directed video. “This cinematic edition is dripping with oppressive claustrophobia, and in being stripped of color, deepens the sense of the unknown lurking in the shadows of the mind. We’re happy to share it with you today.”

“Joe and I have always written lyrics separately,” adds singer/guitar player Brett Campbell. “But we always end up with lyrics that are connected by threads. I’m not sure why that is. Maybe it’s because we’ve been in close proximity for a long while. Between Heartless and Forgotten Days, we were home for an extended period of time. I think we finally had time to reflect. Memory is a big aspect of the new record. The passage of time. How things change as perspective changes. Was the past truly the way that you remember it at all?”