Producer RICK RUBIN Talks SLAYER's Reign In Blood - "I Really Love The Solos On That Record Because They Have Nothing To Do With Music; It’s Just About Speed" 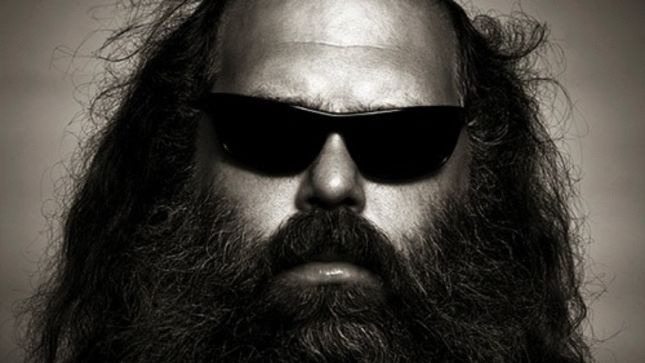 Legendary producer Rick Rubin has launched an official account on the music annotation website, Genius. His recent entries offer a look inside his work with artists including Metallica, Slayer and System Of A Down. Following is an excerpt from the page, discussing Slayer:

Rubin: "Reign In Blood was recorded in L.A. at a place that’s not there anymore. It was on Pico Boulevard, I can’t remember what it was called. A little tiny studio that’s now a flower shop.

In terms of writing, I’d say the Reign In Blood album was pretty close to complete when they came in. I think we just stepped up the recording from what they had done independently before that. It was really more the engineering. Andy Wallace did it, which is what later got him in with Nirvana, absolutely. A hundred percent. It was insane. It was punk energy but with a precision that punk rarely ever had. It was much tighter than punk.

I love the way the last two songs on Reign In Blood — 'Postmortem' and 'Raining Blood' — go into each other. I can remember feeling 'It can’t get any harder and faster,' and then the next part would be twice as hard. It just gets so insane.

And the solos. I really love the solos on that record because they have nothing to do with music. It’s just about speed. How fast can a guitar, or how fast can anything play? We’ll use this guitar, because we have these, but it has nothing to do with guitar playing or music. And also the fact that they had two lead guitar players who would trade off these guitar solos, neither of which made sense. Like: 'This thing doesn’t make sense, and now I’m going to out not-make-sense you. You think you can do that? I’ll do this.' It’s so insane. There’s one where I think its like five back and forth of just insanity.