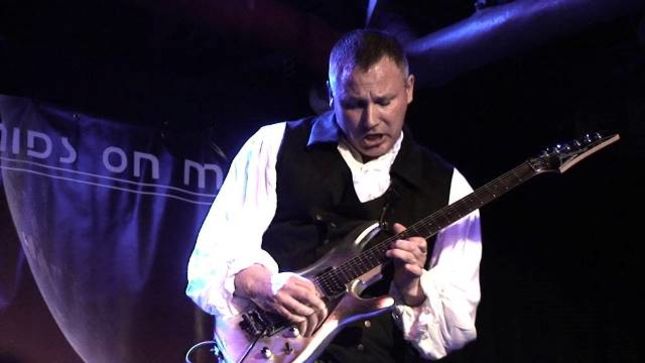 Hamilton, ON-based Pyramids On Mars guitarist Kevin Estrella has teamed up with Neck Illusions for his custom Double Helix DNA guitar neck design, which can be viewed at the following pic below and at this location.

Estrella comments: “The idea for the Double Helix Alien DNA design came to me in a dream. My dream custom guitar is being handed to me by these Greys (aliens). The neck design is what captured my attention. It is based on a Double Helix Crop Circle formation from 1996 in Wilts, UK.

"I am an 'Experiencer'. By this I mean that Aliens have been in direct contact with me. I am now in close communication with world respected UFO researcher Grant Cameron. He is helping me understand the UFO phenomenon on a deeper level, and why these beings are having direct relations with me. In his research, Grant has discovered that extraterrestrials are in communion with many musicians. Additionally, important information is being downloaded to people through dreams.

I don't know exactly what the 'Double Helix" symbolizes, but I know I had to make it reality. So I came to Neck Illusions with the concept. They said absolutely they could create it and they did an amazing job. I am very happy to be part of this and to share the design with the world."

These graphic decals are designed to fit standard electric and acoustic steel string guitars up to 24 frets (6 strings) from 24" to 25.625" scale scale lengths. Nut widths starting from 1.55" (39mm) and wider.

Crafting progressive rock, industrial, and metal influences fused with his passion for classical composers such has J.S Bach and Antonio Vivaldi, guitarist Kevin Estrella is carving a new musical direction that few dare to attempt with his solo project Pyramids On Mars. Written all by Estrella from the guitars, bass and drums, his latest effort Echo Cosmic due out on September 8, 2015 is an impressive ten track journey to follow up his 2013 self-titled debut album. With an ear for melody, and natural use of odd time signatures blended with modern heavy guitar riffs and the sound of classic 1970’s analog keyboards, your adventure of music from the Mystical Red Planet begins now with the premiere of the first single “Battle For Rome”.

"I honestly think Echo Cosmic will do for this decade what Joe Satrani's Surfing With The Alien did for instrumental rock back in the '80s. It captures the same passion, energy, and melodic hooks, yet it has an updated sound. Heavier than Satriani though. He is influenced mostly by the blues. I am influenced by metal and classical music. I have always focused on melody. Same with composers like J.S Bach and Antonio Vivaldi. The masters of melody. They are pretty much all I listen to. So what I am doing on stage today was the norm 300 years ago," comments Estrella.

Featuring ten tracks of emotionally high energy music that mostly came to life in Estrella's dreams over the last two years, the album as whole pays homage to some of Estrella's biggest influences while still staying true to himself and his own creations.

"On Echo Cosmic, I wanted to put more emphasis on the rhythm guitars, bass and drums. The keyboards are still there, but they play more second fiddle sort of speaking. Some songs are stripped right down to just bass, drums and lead guitar. I wanted this album it to be more in your face with less clutter." says Estrella. "The writing on this album is also inspired by the bands I love the most. I love so many bands and love so many styles. So, I tend to write in whatever style I want to. There are so many other band styles I want to explore. I am probably one of the most unique bands out there that I have no one particular 'sound'. But all the songs have a common thread/element that identifies them as being Pyramids On Mars. I think I have an advantage others do not have, because I can transform like a chameleon," says Estrella. 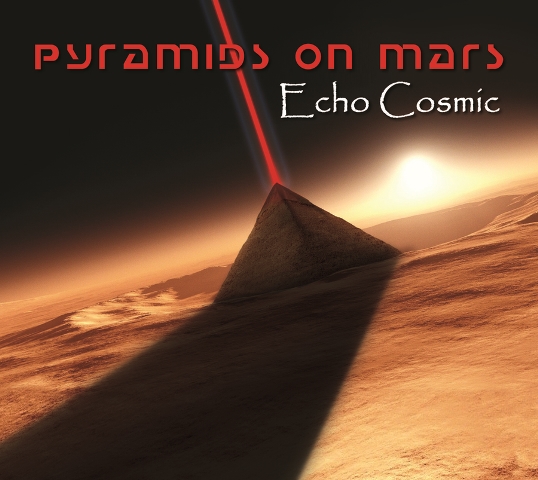