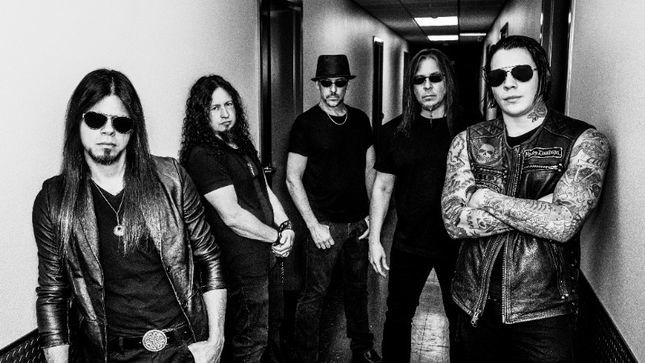 Queensrÿche​ guitarist Michael Wilton recently spoke with Jaide of Shut Up And Rock On. During the audio interview, which can be heard below, Wilton talks about the history of the band, his solo endeavors including Whip Ale, and much more.

Wilton also sheds some light on the follow-up to 2015's Condition Hüman, saying, "After extensive touring, we've just been kind of doing sporadic touring this year. And everybody's writing and putting together songs and demos. We've got twelve already that are with the producer (Chris "Zeuss" Harris) right now, and he really likes 'em. And we're just gonna keep writing till we get a chance and get things started as far as pre-production, which should be very soon. I think, like, maybe in September or October. But we'd really like to get something out by next spring."