Report: FOREIGNER Reinvents "I Want To Know What Love Is" For Netflix Film The Lovebirds; Video 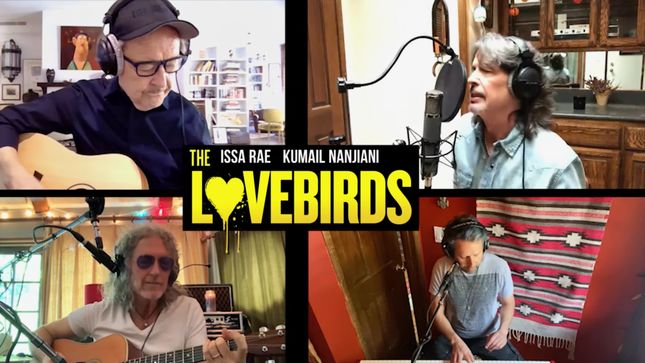 Billboard reports that Foreigner has released a new performance of their classic hit, "I Want To Know What Love Is", to celebrate the release of Netflix's new rom-com, The Lovebirds.

In the clip, the veteran rockers perform the 1984 power ballad via Zoom, after being inspired by its use in the Michael Showalter-directed film's trailer. "I want to know what the lovebirds are doin' on Netflix. Check it out," frontman Kelly Hansen quips before launching into the track's first verse. "I want to know what love is/ I want you to show me/ I want to feel what love is/ I know you can show me," the band mates sing on the chorus, interspersed with clips from the movie.

Starring Kumail Nanjiani and Issa Rae, The Lovebirds tells the story of a couple's magical first date, which takes a hilariously dark left turn after they accidentally witness a murder and get framed for the crime. Originally slated to premiere at South By Southwest, the film's theatrical release was cancelled due to the coronavirus pandemic, and is instead available on Netflix starting today, May 22.