ROB HALFORD Admits He Tried To Seduce PAUL DI'ANNO - "Maybe I Took His Comment That He Would 'Blow Priest Off Stage' Too Literally," Says JUDAS PRIEST Frontman 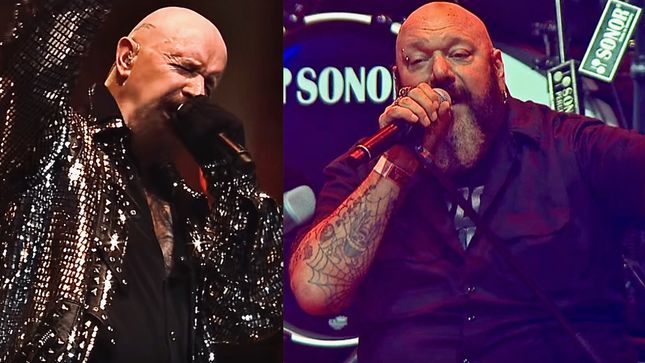 Judas Priest frontman Rob Halford's warts and all autobiography, Confess, will be released on September 29 via Hachette Books.

In the autobiography, Halford admits to inviting former Iron Maiden frontman, Paul Di’Anno, back to his hotel room in an attempt to seduce him when Maiden supported Priest on 1980’s British Steel tour, reports LouderSound.com.

Relations between the two bands became tense after Di’Anno cockily proclaimed Maiden would “blow Judas Priest off stage every night”, with Priest guitarist KK Downing threatening to have the band thrown off the tour.

“We didn’t really hang out and banter with Maiden much on that tour,” writes Halford in Confess, “but maybe I took Di’Anno’s comment that he would blow Priest off stage too literally... because the one night we got drunk together, I tried to seduce him! We went to my room to carry on drinking, but I was too pissed to try anything, and he was too pissed to even know what I wanted to try. I think that was definitely for the best.”

Amazon pre-orders for Confess are available now for North America and the UK.