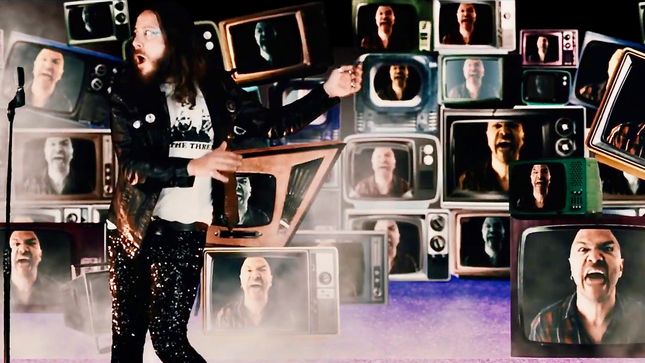 Fronting an Italian-Belgian band with a wide range of influences, in just a few short years Romano Nervoso has tore up the live music scene at full speed. From local bars and taverns to some of the biggest concert venues and festivals in Europe, having proven himself the undisputed ‘Godfather of Spaghetti Rock’, with his charismatic onstage presence and unmistakable style he is without question a worthy addition to any venue.

With three studio albums already under his belt and having turned up the heat at some of the best summer music festivals, opening for artists such as Johnny Hallyday, Triggerfinger, Band of Skulls, The Datsuns, The Sonics, King Khan & The Shrines and many more, the time has come for Romano Nervoso to take centre stage with the hugely anticipated arrival of new album, The Return Of The Rocking Dead, due for release worldwide in March via Mottow Soundz.

Leading the charge into the New Year, however, is the release of lead single, "Wild Boy", featuring the vocal talents of none other than Danko Jones. A self-confessed die-hard fan and supporter of the band, at his request, the band will tour in January with the great man across Belgium (see list of dates below). Watch the video for "Wild Boy" below: