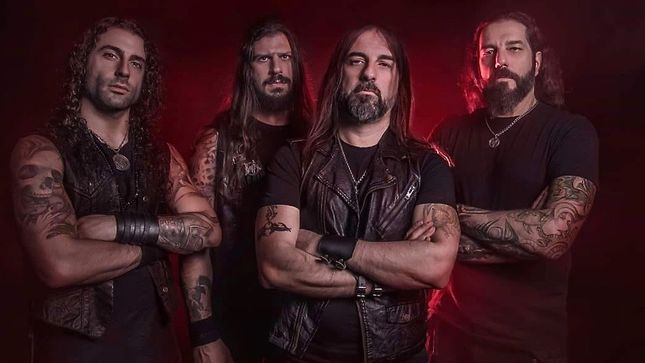 Greek extreme metal veterans Rotting Christ have revealed the first details for their new album. Entitled The Heretics, the album will be released on February 15th via Season Of Mist.

The album artwork and track listing can be found below.

Rotting Christ are currently touring Europe in support of the mighty Watain. All remaining dates are listed below.