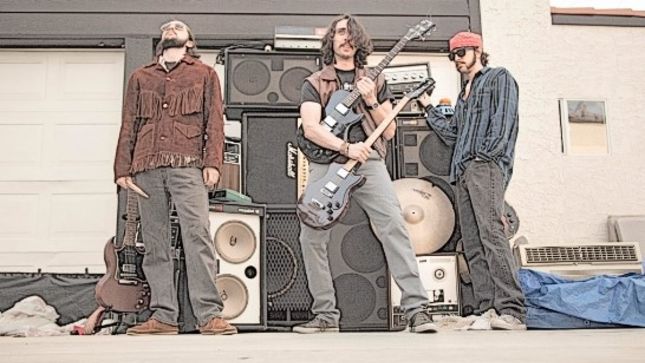 Ripple Music has announced that this October will see the official release of the self-titled debut album from LA-based rock trio Salem’s Bend.

Running an aural gamut of ’70s sounding classic rock alongside the influence of melodic heavy-hitters from the contemporary realms of desert, doom metal, psych and stoner rock, the band coalesced in the summer of 2014 with the intention of turning heavy riffs into the catchiest of tunes. With seven songs eventually making the cut on what would become their self-titled debut, the trio earnestly self-released the album via Bandcamp in December of last year and in doing so caught the ear of Ripple Music.

This October, thanks to the good folk and fellow Californians at Ripple, the album in question – Salem’s Bend by Salem’s Bend – will receive an official worldwide release on October 7th.