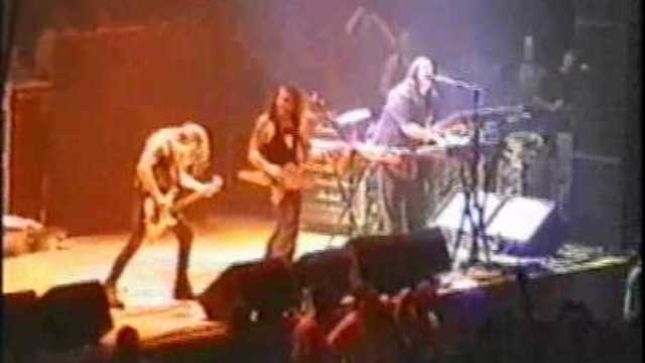 Savatage / Trans-Siberian Orchestra guitarist Chris Caffery has shared some rare fan-filmed Savatage video footage sent his way recently, which was uploaded on January 12th, 2020. The video was shot on April 28th, 2001 in Cleveland, OH at the Odeon.

Caffery: "Got messaged this link yesterday...

This show was from the first round of USA shows we did on the Poets And Madmen tour with Savatage. This show was in Cleveland and of course we have a huge history there with TSO. I barely remember doing this, but I wore a TSO tux onstage at this show. I know I did it because of just how popular we were becoming there with TSO at that time. 2001 would mean we had toured twice with TSO at that time. The first tour we did three sold out shows in Cleveland; I believe we did five sold out shows there tour #2. The jacket and the shirt didn’t last very long!

I miss that band, those songs and mostly the fans. Touring the world with that music for all of them."

Encore 2:
"Power Of The Night"
"Hall Of The Mountain King"