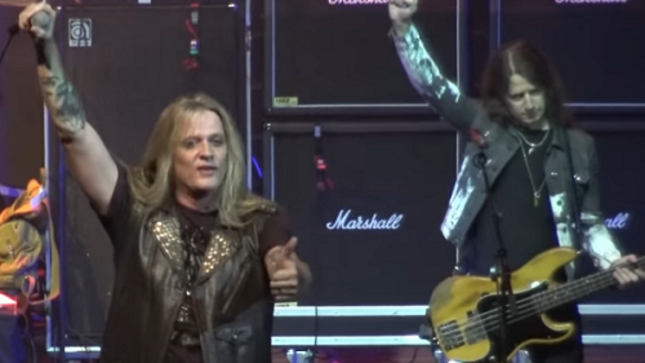 "This Saturday (May 18th) I have been invited to play with (guitarist) Robby Krieger of The Doors in Calabasas at The Hidden Hills Magazine Hootenany, at the King Gillette Ranch honouring 'Something Yellow' the Heroes of Childhood Cancer," states Sebastian Bach.

"This is for a great cause and is open to the public, so see you at the show and let's rock! What an honour singing with Robby Krieger; one of the greatest musicians of all time! And a great guy too!!"

In other news, Sebastian Bach has uploaded new video footage of "Slave To The Grind" and "Breakin' Down", filmed in Singapore in 2017:

And, catch Sebastian Bach live in concert on June 1st at The Welland Arena, in Welland, Ontario with Sven Gali and Revive The Rose. Tickets are available now at this location.