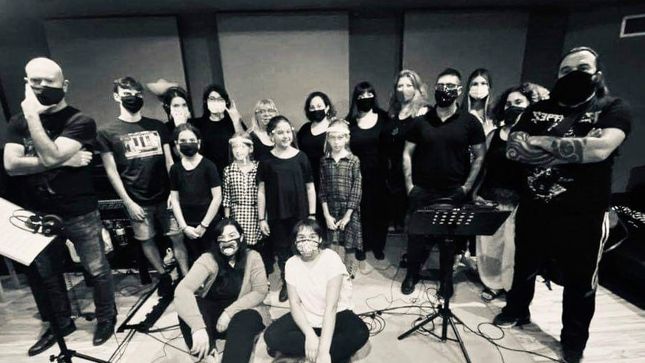 Greek symphonic death metal outfit, Septicflesh, took another huge step in completing the recordings of their upcoming studio album. The children choir recordings for the new record are done - adding a unique vibe to the album.

The band states: "The children choir recordings for the new Septicflesh album have been completed with the very good collaboration of the Libro Coro. So you can expect some really emotional parts on the songs,  that thrive on the contrast of the angelic voices with the musical pandemonium surrounding them."