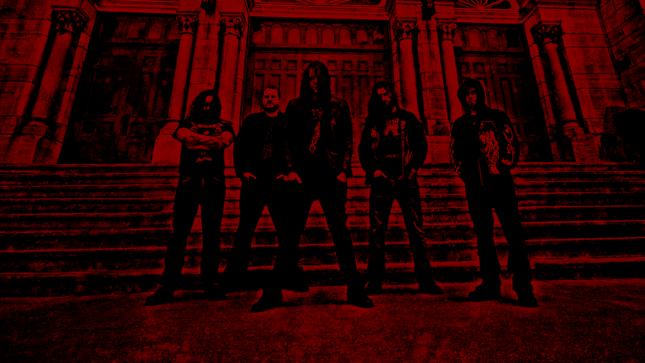 Canada’s Serene Dark has a new album, Enantiodromia, coming out for summer 2020, originally slated for a June 5 street date, due to the Covid-19 pandemic, the band has slated a new release date for July 17.

Enantiodromia (pronounced en-an-ti-o-dromia) is dark, entrancing, and orchestral while maintaining the key elements of death and black metal. Overall, the album explores the confrontation between the shadow aspect of the personality and the integration of it into the self to create wholeness.  Influenced by philosophy, stoicism, hermeticism, and the occult. The album, lyrically, is a journey towards individuation by the exploration of human darkness and transforming that pain into something tangible and meaningful. In essence- to lose one's self entirely to reach perfection.

In anticipation of the album's release, the band is unleashing its next single "Trance Of Disintegration”.

"The aim of the song is to hit you right out of the gate with a lightning-fast drumroll into a heavy guitar chugging rhythm with choir and string ensemble orchestrations. The idea behind this was greatly inspired by ‘Progenies Of The Great Apocalypse’ by Dimmu Borgir."

Under the name Endemise, the band released Far From The Light (2013) and Anathema (2016), but now with the new name, Serene Dark has made a refreshing start with elements of the previous band still lingering, but taking the songs and style to a new level on this record and experimented with various instruments and vocal styles. This album sets a new caliber and standard for Serene Dark.

Enantiodromia is recommended for fans of Septicflesh, Fleshgod Apocalypse, and Rotting Christ.

“Dualitatem”
“Of Serpentine Form”
“Where Time Drowns Still”
“Trance Of Disintegration”
“Dweller In The Void Of The Spirit”
“Reflecting Envenomed”
“Malocchio”
“Grieving The Distortion Of Self”
“The Last Disciple Of Dionysus”
“Onward, Burning Radiance”