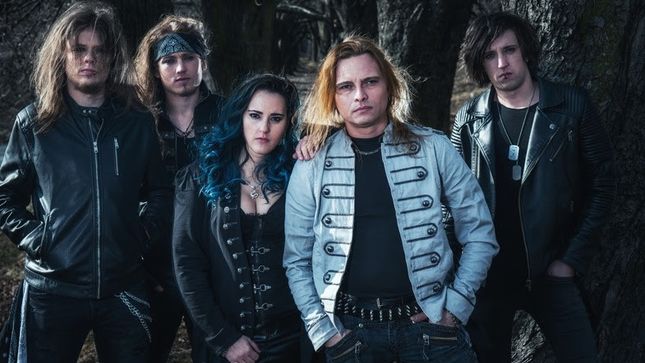 Old-school metal influenced act with modern attitude – this is Eufory, a group from the Slovak Republic led by highly experienced singer, Lubos and backed by their exotic drummer girl, Miriama. Starting out as a Def Leppard tribute band and after spending time searching for the right direction, the decision to write and record their own material was the obvious way ahead. After stabilizing the previously uncertain line-up, Eufory released their debut album Flying Island Eufory and presented it on tour in Slovakia, Poland and Czech Republic. The band wasted no time in starting work on their follow up album which will be entitled Higher And Higher and is set for release worldwide via Sliptrick Records in 2018.

Over the coming months, the band plan to perform more shows incorporating most of the new songs from Higher And Higher into their set-list. For their upcoming stage appearances, the band promise more effects, more movement and even more sweat every single night. This band know how to rock.