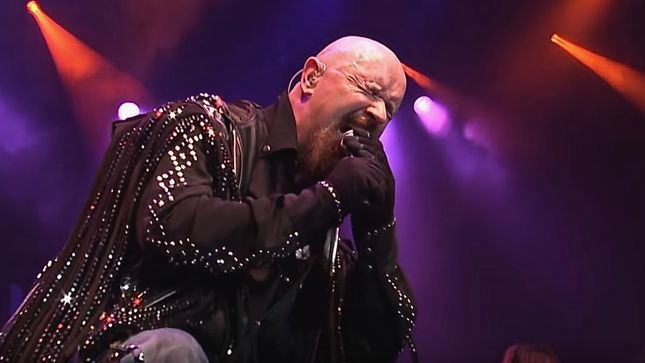 The Rock And Roll Hall Of Fame's official Fan Vote Leaderboard has been updated, and the top five artists - as selected by the public - will comprise a "fans' ballot" that will be tallied along with the other ballots to choose the 2020 inductees. At press time, Soundgarden and Judas Priest were in the Top 5 alongside Pat Benatar (in tops pot), The Doobie Brothers, and Depeche Mode, with Motörhead in 8th.

You can visit RockHall.com/vote to cast a ballot daily. Fans will need to login to vote. Voting is capped at one ballot per day.

"It's just another thrill, again, to be nominated," Halford tells Billboard about Priest's second nomination for the award, "and so quickly because I know sometimes the nominations can get stretched out for quite a long period of time. So to get another one so quickly is wonderful and another great moment for the Priest and for our fans."

For more on the Rock & Roll Hall Of Fame Class Of 2020 nominations, head here.

Chris Cornell’s widow Vicky Cornell has commented on Soundgarden’s nomination for the 2020 class of the Rock And Roll Hall Of Fame.

Vicky posted a message on her Twitter account saying, “Congratulations Soundgarden! I’m so proud! I know Chris Cornell would be so honored! Thank you Rock Hall, this means so much & thank you to all the fans who’s love & support continues to cement Chris’s life and legacy

I’m so proud! I know @chriscornell would be so honored! Thank you @rockhall this means so much & thank you to all the fans who’s love & support continues to cement Chris’s life and legacy #soundgarden #chriscornell forever🖤https://t.co/GAYCjUc4Qi

Sixteen nominees have been announced for the Rock & Roll Hall Of Fame Class Of 2020, among them Judas Priest, Motörhead, Thin Lizzy, Pat Benatar, Soundgarden, T. Rex, and Todd Rundgren.

New this year, to cast a ballot in the official Klipsch Audio Fan Vote, you can search “Rock Hall Fan Vote” or the word “Vote” with any Nominee name on Google to cast your ballot.

Vote On Google: You can vote once a day through January 10, 2020 and pick up to 5 Nominees per ballot. The top five artists will comprise, a “fans’ ballot” that will be tallied along with the other ballots to choose the 2020 Inductees.

The 2020 Rock & Roll Hall of Fame Induction Ceremony, presented by Klipsch Audio, will be held at Public Auditorium in Cleveland, Ohio on May 2, 2020 and will be preceded by Induction Week with celebratory events and the opening of the 2020 Inductee exhibit.

Rock Hall donors and members get exclusive Induction ticket opportunities. Donate or join by January 31, 2020 to be eligible. Visit rockhall.com/support to learn more.

According to Rolling Stone, the Hall of Fame has announced the individual members of each band that will be inducted.

Judas Priest has gone through many changes, but Les Binks, K. K. Downing, Rob Halford, Ian Hill, Dave Holland, Glenn Tipton and Scott Travis are the only ones on the ballot.

Soundgaden’s final lineup of Matt Cameron, Chris Cornell, Ben Shepherd and Kim Thayil is on the ballot along with original bassist Hiro Yamamoto.