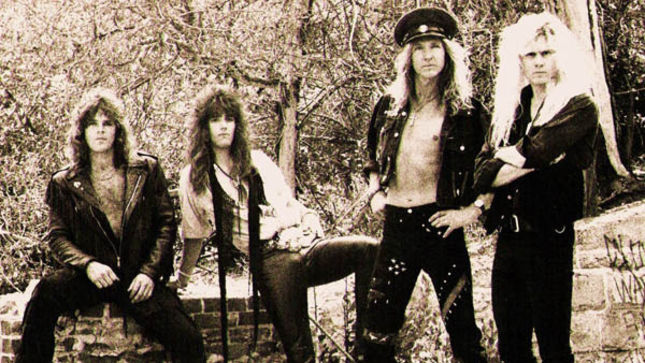 In the course of the Heavy Metal Classics-series Karthago Records is going to reprint the whole back catalogue of the Californians ST. Elmos Fire. As usual limited to 1000 copies and provided with a certificate, the four studio albums will be re-released on CD during August. Formed in 1979 by guitarist Jeff Jones, the melodic US metal quartet earned a good reputation in the club scene of San Francisco and Los Angeles. After they played shows with superstars like Mötley Crüe, Y&T and Nazareth and recruited Trauma drummer Kris Gustofson, they released their self-titled debut back in 1986 through the French label Dream Records.

“After their short collaboration with Bellaphon St. Elmos Fire changed the record company again for their third studio album; this time they went to the cult label Black Dragon Records (Candlemass, Manilla Road). Inspired by the glam/sleaze trend of the late ‘80s their style on Powerdrive became more rock oriented. Experiments with slide- (‘Wrong Side Of Love’) and acoustic guitars (‘I Need Your Touch’) and the more bluesy vocals from Zane Lazar also fitted well to St. Elmos Fire. Rock driven, pithy riffs are a main factor of most of the songs, but also the typical US metal sound can be heard in songs like the straight title track, the re-recording of ‘Into The Night’ or ‘Street Lethal’. With demo versions of ‘Inside The Hunter’ and ‘Breaking Out’ there are two bonus songs on the CD.” 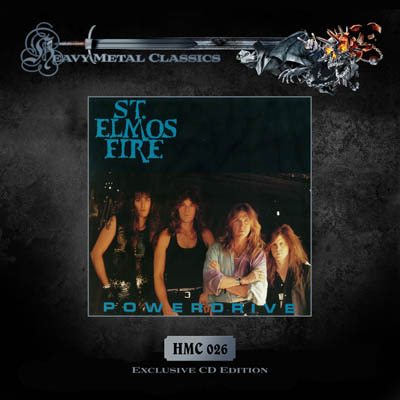 “The fourth and final studio album Desperate Years was released in 1992; like its predecessor Powerdrive through Black Dragon Records. On this record, the well-known US metal - even more than on the predecessor - has been replaced by bluesy hard rock. But also in this genre St. Elmos Fire were able to survive. Powerful acoustic ballads like ‘Without You’ and ‘Where Were You’ are placed next to cheesy rockers like ‘Chain Around My Heart’ and ‘Part Of My Life’ as well as the eight minute-instrumental ‘Rivethead Jam’. In songs like ‘Hot Time’ and the Riot influenced ‘This Time’ there still can be heard some decent heavy metal influences. On this re-release there are also two bonus tracks: the unreleased ‘Summertime Girls’ as well as the single track ‘Really In Love’ from 1984. 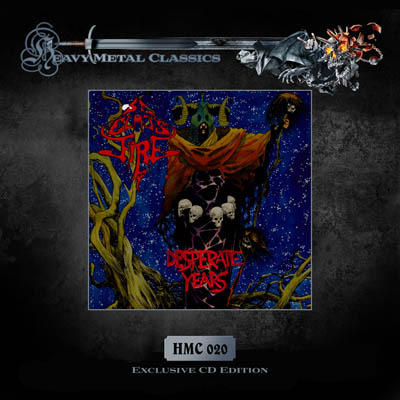