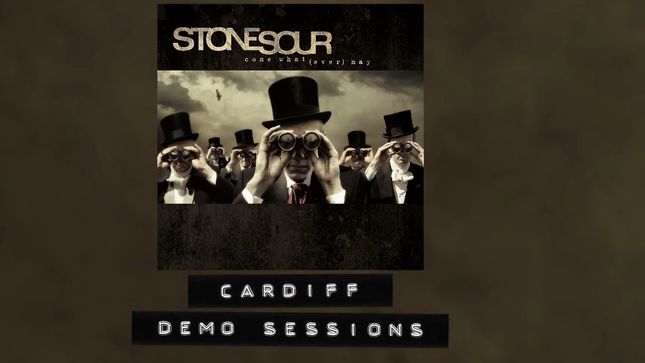 Stone Sour has released a demo version of "Cardiff", which is available for streaming below.

Guitarist Josh Rand states: "Sometime in 2005, I stopped over to James's house to listen to some of his ideas. I was intrigued by this 8 minute jam that he had recorded and I felt there was a song there. I asked him if I could work on it at my house where I spent two days arranging the tracks. When I was done we had the foundation for the song 'Cardiff'. Corey wrote the original lyrics and sang on the demo a couple months later."