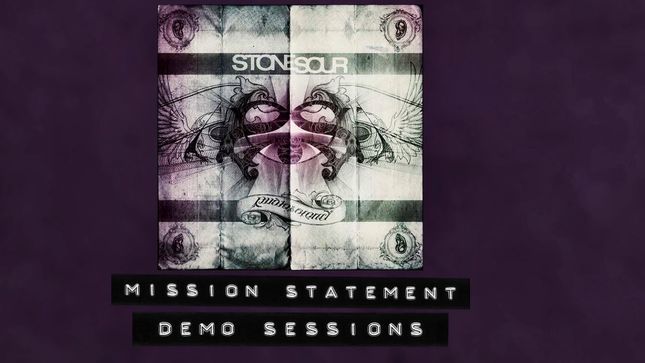 Stone Sour has released a demo version of "Mission Statement", which is available for streaming below.

Guitarist Josh Rand states: "After the Come What(ever) May cycle had ended, I started to work on some new music. I thought at time about putting a new project together. A friend of mine Jeremy Colson (who plays drums in Steve Vai's band) played on some material that I had written. We recorded a few songs at Sun Prairie Studio, in CA. I always wanted to record there because of all the classic Shrapnel Records music was recorded there. Unfortunately, the project didn't work out but I knew that this track had potential. When we got ready to record Audio Secrecy our producer Nick Raskulinecz felt we didn't have the opening track for the record so I brought this song to Stone Sour."