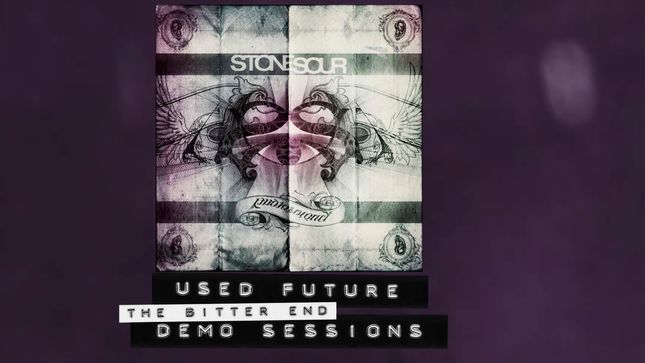 Stone Sour has released a demo version of "Used Future (The Bitter End)", which is available for streaming below.

Guitarist Josh Rand states: "When I was backing up my hard drives in 2008, I came across the song 'Ending/Beginning' that was recorded for the Project X demo in 2000.  For whatever reason, we didn't use it back then so I thought I would give it a little facelift by speeding up the song and making the guitar riffs more aggressive. Although 'The Bitter End' would be on Audio Secrecy, 'Used Future' was Corey's 2nd go at the lyrics."